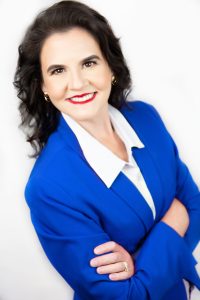 Kelly was born in Mobile, Alabama.  Kelly has been married to her husband

Shannon, for nearly 35 years.  They have two daughters, Kasey and Karson and 2 grandchildren, Harper, and Hayden.  Kelly loves that her grandchildren live so close to her and she enjoys getting to spend time with them. She is also passionate about travel and SEC Football.

Kelly began her insurance career in 1997 as a Customer Service Representative where she was awarded many times, but her most prestigious award as a CSR was for writing the Most Auto Insurance in the State of Alabama.  In 2008 she became an Agent and over the next 10 years was awarded as a Top Producer 9 times.  Since our company launched in 2020, Kelly has been recognized with our carriers, as a Silver Producer for Homeowners Insurance in our Coastal Area, and she was recognized as a top Bond Producer with Nationwide.  Kelly continues to excel in the Bond Market for Southern Insurance Professionals.

Over the years Kelly has worked with several community projects such as the Crohn’s and Colitis Foundation’s Bowl a Thon, Special Needs Assistance Program, Camp Fundraising Program, Bringing Up Down Syndrome – Buddy Walk and the Autism Awareness Program. She feels the best way to be involved with now all of these organizations and remain civic minded is by volunteering her time to the Saraland Lions Club.  She feels being a mentor to the local Leo Clubs is a great way to be a positive influence to the next generation.  Kelly is also an Ambassador for the Saraland Chamber of Commerce where she enjoys assisting the Jr Ambassador Program in helping them achieve their goals for shaping their careers and future.